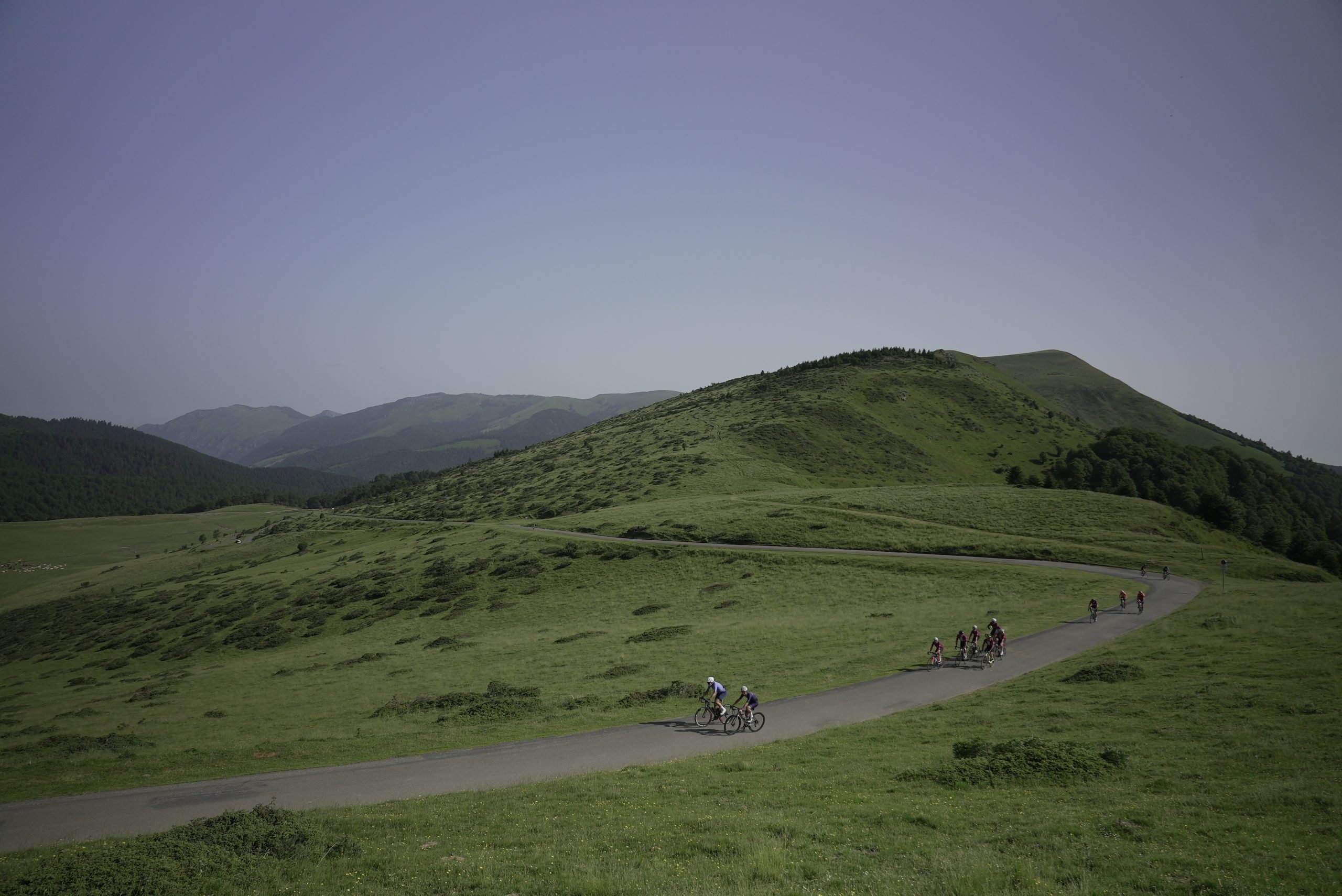 If mud was the protagonist in the first stages of the Deporvillage Transpyr Coast to Coast, the arrival in the Val d’Aran has taken place under a heat that, despite its intensity, has not prevented the nearly 300 cyclists in the MTB and road modalities to have already passed the halfway point of the race and have arrived in Vielha.

This was a new route in the history of Transpyr Coast to Coast, as last year the route had to be adapted due to the effects of the COVID-19 regulations. The result has been a spectacular itinerary that has combined forest tracks, paths and, yes, some asphalt climbs to make it easier to overcome the 3,500 m+ of the stage with the highest elevation gain of this twelfth edition. The start in front of the building of the historic thermal baths of Bagnères de Bigorre took place in an atmosphere of total concentration: the mountain peloton was aware that they were in for one of the most important stages of the Deporvillage Transpyr Coast to Coast. And so it was: two timed sections, a central part in pure Transpyr Coast to Coast style, demanding climbs, extraordinary landscapes and fun descents. A real joy for the mountain bikers who still have 350 kilometres to go to complete their mission to reach the sea. And the first important part will be tomorrow with the longest stage of this Deporvillage Transpyr Coast to Coast to La Seu d’Urgell.

On the other hand, the road peloton has completed what, for most of the participants, has been the stage with the most beautiful landscapes of this Deporvillage Transpyr Backroads. 123 kilometres and 3,400 metres of elevation gain of a classic mountain stage of a Backroads route: classic Tour de France mountain passes with little flat, easy climbs and not very busy roads.

Remember that you can always change your preferences by going to our Cookies Policy
SAVE PREFERENCES
×ATENCIÓ: Cookies no configurades en l'idioma actual. Revisa la teva configuració al plugin, gràcies!
Abrir chat
💬 Hello can i help you?