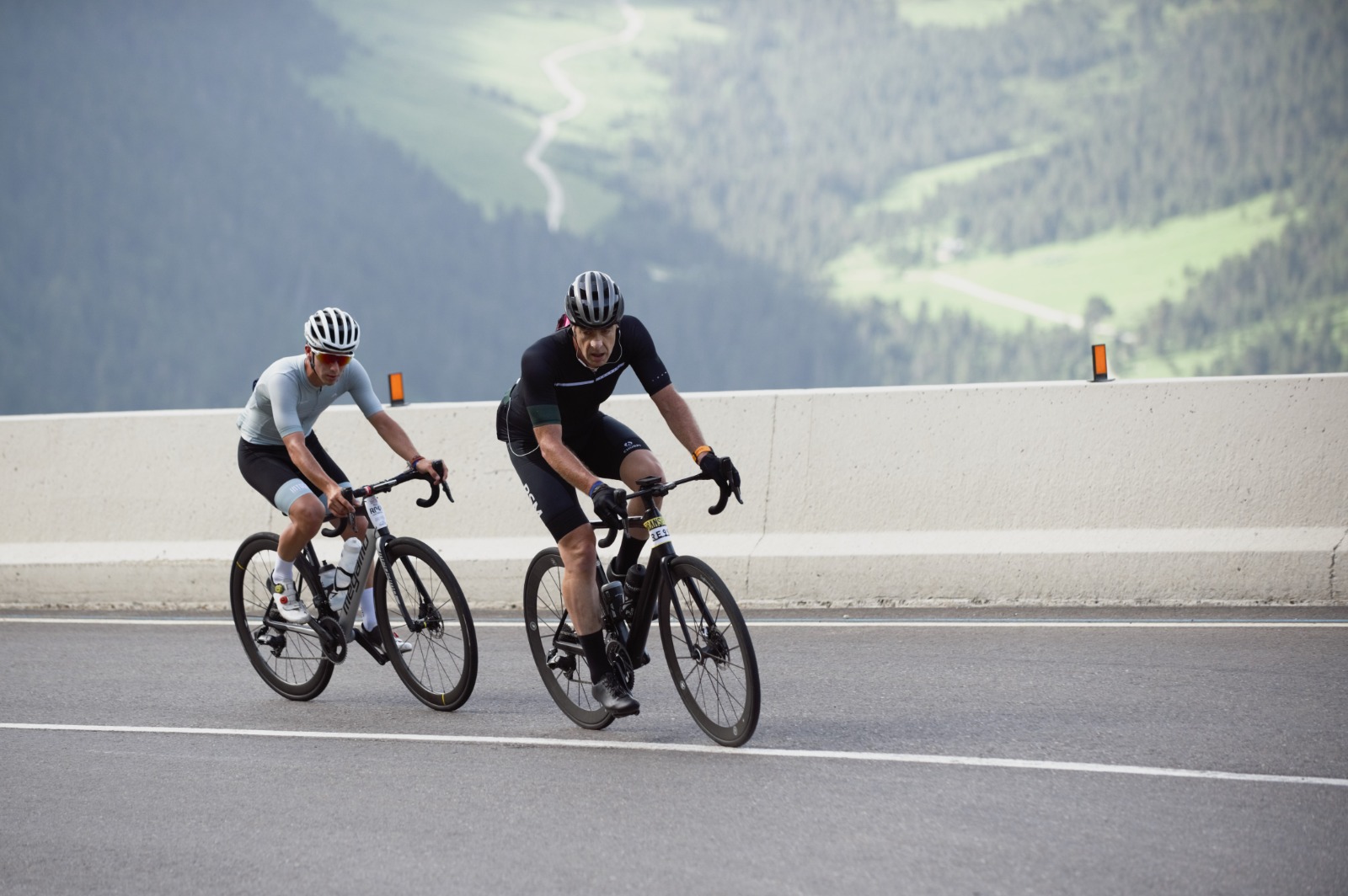 Fortunately, the start from Vielha was along the northern slope of the Pyrenees. Both mountain bikers and road cyclists were able to enjoy the extraordinary scenery at a still cool temperature. Especially for the mountaineers, the passage through Montgarri has been of great emotional intensity, because of what it means to pass from the northern slope of the Pyrenees to the southern slope.

The descent to Esterri d’Aneu, fun and fast, gave way to some demanding climbs in the heat. Fortunately, the peloton was prepared and showed a great capacity for concentration and mental strength that allowed them to overcome the port del Cantó, on the road, and the hermitage of Santa Magdalena, in the middle of nature. From there, a descent that delighted everyone. The surprise came in La Seu d’Urgell, with a rainstorm that lowered the temperature in an hour and cooled down the heated adventurers.

Tomorrow, a transition stage towards Ripollès, passing through Cerdanya, already in the Girona Pyrenees, will allow the hundreds of participants to be just a stone’s throw away from the Mediterranean.